In 1659, Sergeant Richard Beckley purchased 300 acres from the Mattabasset Indians to become the first settler in what was to become Berlin. Other families followed in 1686 from Farmington to begin the first settlement on Christian Lane. In 1785 the Town was incorporated and was renamed Berlin (known as Kensington on the west side and Worthington on the east side; New Britain was part of Berlin until 1850)

In the middle of the 18th century, emigrants from Ireland set up the first winware business, pedaling their wares from house to house. Therefore Berlin became the birth place of “The Yankee Peddler.” In 1886, the State Legislature granted a charter for what became the Berlin Fair to be held annually in the first weekend in October. The Town Council–Town Manager form of government was instituted with a charter revision in 1995-96. 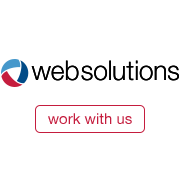